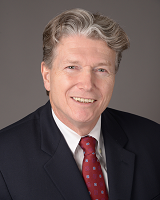 John F. Vodopia has been handling intellectual property matters for over 30 years, where his practice focuses on patent prosecution, patent litigation, including inter partes review (IPR), trademark prosecution, and proceedings before the Trademark Trial & Appeal Board (TTAB), including cancellations/oppositions.

Prior to entering IP law in 1989, Mr. Vodopia worked as an electrical and computer engineer in underwater navigation applications at Sperry Corporation, and in sonar-related technology (ASW), at Norden Systems, between 1984 and 1989.

Member of the New York State Bar and New Jersey State Bar since 1993, and admitted to practice before the U.S. District Court for the Eastern District of New York, the U.S. District Court for the District of New Jersey, the New York State Court of Appeals and the U.S. Court of Appeals for the Federal Circuit. Registered to practice before the U.S. Patent and Trademark Office as a patent attorney.